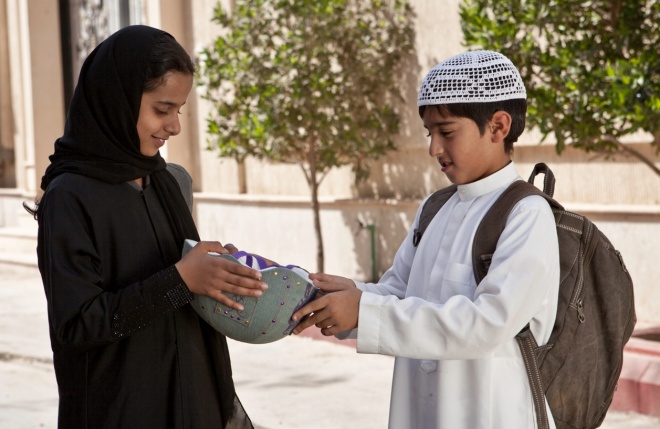 In the first full-length feature film shot entirely inside Saudi Arabia, Wadjda tells the story of a 10-year-old girl living in a suburb of Riyadh, the capital. After a fight with her friend Abdullah, Wadjda sees a beautiful green bicycle for sale. She wants the bicycle desperately so that she can beat Abdullah in a race. But Wadjda’s mother won’t allow it, fearing repercussions from a society that sees bicycles as dangerous to a girl’s virtue. So Wadjda decides to try to raise the money herself. A cash prize for a Quran recitation competition at her school leads Wadjda to become a model pious girl as she devotes herself to the memorisation of Quranic verses. The Quran competition isn’t going to be easy, especially for a troublemaker like Wadjda, but she is determined to fight for her dreams… with or without society’s approval. – Human Rights Watch Film Festival London 2013