The helium-filled icon of Albert Lamorisse’s beloved Le ballon rouge serves as the breathtaking inspiration for Hou Hsiao-hsien’s first film set outside of Asia. Commissioned by the Musée d’Orsay, the film is the focus is on Suzanne (played by the wonderful Juliette Binoche), a whirlwind of a mother and artist. She works as a puppeteer – Chinese puppet theatre is a running theme for Hou – and is devoted to her young son, Simon. But she is self-obsessed, slightly manic and desperately in need of serious help around the house. She hires Song, a Taiwanese film student living in Paris, to mind Simon. Like Hou’s previous work, the film is contemplative and breathtakingly beautiful, offering picture postcard glimpses of the French capital and all its charms. But it is also a direct and honest look at the life of a single parent, and at the intersection between East and West, through the medium of storytelling and cinema. Irish Film Institute / Carte Noir French Film Festival programme 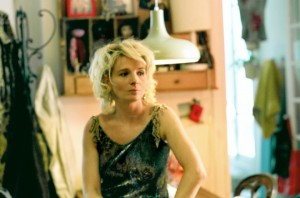