Irish Director PAT MURPHY will participate in a Q&A  with Orla Ryan  after the film.

One of the leading figures of Irish film, Pat Murphy’s early work emerged from the radical, creative upheavals which defined Hornsey and the Royal College of Art in the 1970s. Maeve, her first feature, was released in 1982 and offered a subversive and exciting challenge to limited mainstream cinematic views of feminism and the North of Ireland. Two years later, her international reputation was cemented with the historical biopic, Anne Devlin. Further critical acclaim followed in 2000 with Nora, starring Ewan McGregor and Susan Lynch as James Joyce and Nora Barnacle. Pat was a founder Board Member of both FILM BASE and the Screen Directors Guild of Ireland. In 2003, she was elected to Aosdána, an association of artists whose work is recognised as having made a major contribution to the arts in Ireland. Pat has curated a number of important film programmes in association with the IFI, IMMA and others and she continues to produce new work across a number of formats and has a number of projects in development.Tana Bana, her first documentary feature, is the result of a wide-ranging, long-term collaboration between Pat, research lecturer Annie Dibble and emerging filmmakers Shivani Khattar, Amala Popuri and Kyle Haskett. [from IFI website] 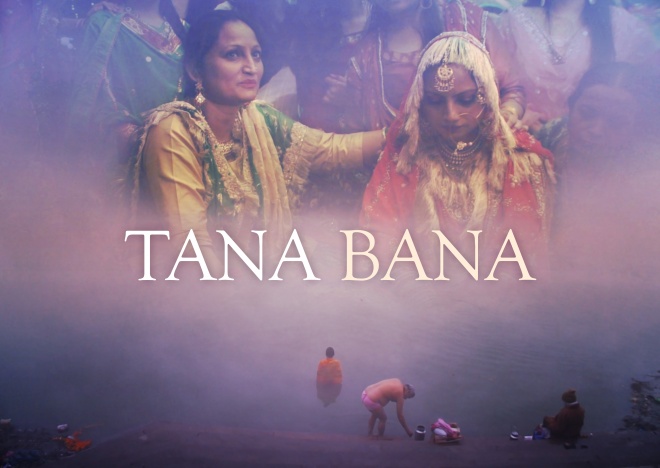 A Moslem silk weaving community deals with forces destroying their ancient city. The lives of the women and children within this enclosed world are changing utterly. Tana Bana is a day in the life of Varanasi; the fabulous and decrepit Ganges city where Hindu pilgrims bathe at dawn and where cremation fires burn long into dark. Following families living with economic hardship and the rise of fundamentalism, it explores how the Moslem community engages with the changing roles of women. The film questions prevailing Western attitudes to the Moslem world while subtly challenging our own attitudes to men’s and women’s relationships. – Supplied by producer