Resiliencies – Stories Of Transformation From Within A Small South Carlow Forest 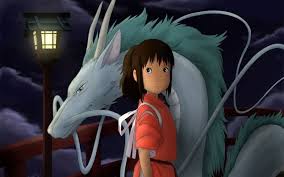 Spirited Away tells the story of ten year old Chihiro and her family who get lost on their journey to start a new life in the country. They enter a mysterious ghost town where Haku, a young boy, warns Chihiro that she is in danger. The warning is too late. A wicked witch turns Chihiro’s parents into squealing pigs! Can Chihiro save her parents and find their way home? Spirited Away is the highest-grossing film in Japanese history. It  won the Academy Award for  best animated  feature in 2002 and makes the top ten in the British Film Institute’s list of films you should see by the age of 14.  This english language version for Walt Disney Pictures was supervised by John Lasseter of Pixar.