The Secret World of Arriety 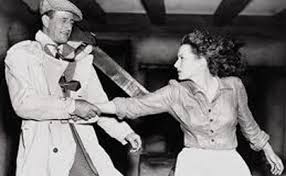 Ford’s The Quiet Man is one of the most popular film representations  of Ireland and one of Hollywood’s classic romantic comedies. While viewers love the film for its powerful evocation of a romantic Ireland for others it offers the worse stereotypes of stage-Irishy. Revaluate your own opinion with an insightful and engaging reappraisal of this Oscar winning film from Luke Gibbon. Gibbons’ traces its development from Maurice Walsh’s original story (1933) and suggests that the film rather than indulging in escapism, actually questions its own romantic illusions and the dream of returning to an Irish praradise lost.