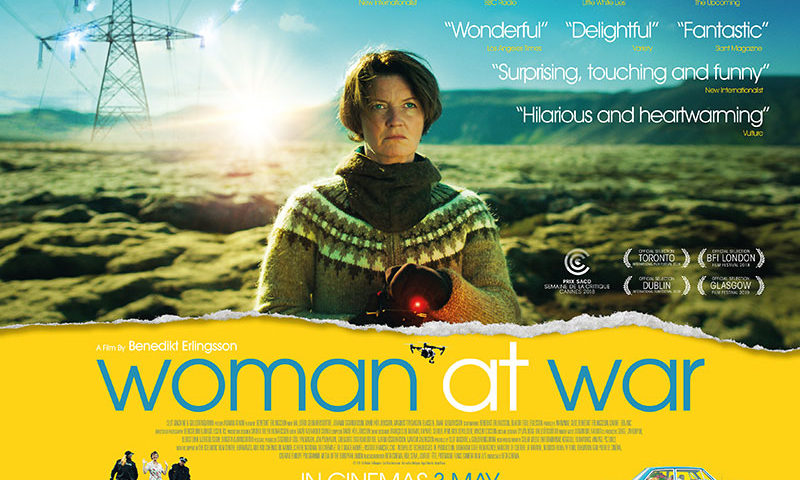 Halla is a music teacher who leads a quiet, routine life.  She is also a covert environmentalist who disrupts the operations of an aluminium plant in the Icelandic highlands by committing acts of industrial sabotage.

When she receives an update on a long forgotten adoption application, she must choose between her activism and her dream of becoming a mother.

★★★★ “Woman at War is a huge showcase for Halldóra Geirharðsdóttir, who brings grit, determination, and quiet charisma to every scene. An engaging curiosity and an absolute joy.” – Tara Brady, The Irish Times.

“Carried by a magnetic performance from Halldóra Geirharðsdóttir in a dual role (she plays both Halla and her identical twin sister Asa), Benedikt Erlingsson’s enjoyable follow up to Of Horses And Men is elevated by wryly idiosyncratic flourishes in its execution.”