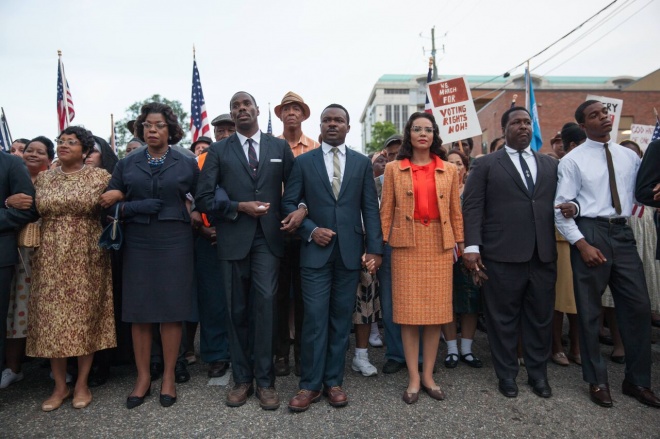 David Oyelowo excels as Martin Luther King in this brilliant account of a key moment in the US civil rights struggle. Spring, 1965. The small town of Selma, Alabama, has become the unlikely flashpoint for the struggle for racial equality. Astute strategist and Nobel Peace Prize winner Martin Luther King Jr (David Oyelowo) knows that the most effective use of non-violence is to provoke a violent response. He selects Selma for a protest march because of its racist governor George Wallace (Tim Roth) and the brutality of its police force. Director Ava DuVernay’s insightful, profoundly moving drama captures the political subterfuge surrounding this turning point for the civil rights movement. Starring David Oyelowo, Carmen Ejogo, Tom Wilkinson, Oprah Winfrey and Tim Roth. (Cert. 12A)