By the Time it Gets Dark  Dao khanong 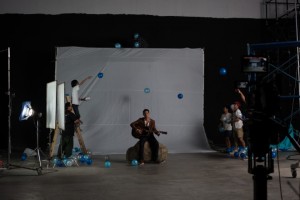 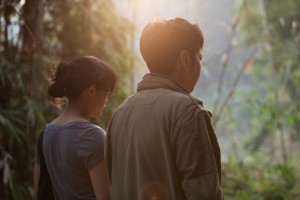 The delicate, heartfelt feature from Thai director Anocha Suwichakornpong fulfills the promise of her arresting debut, Mundane History, with an intricate narrative about lives in flux.

By the Time it Gets Dark encompasses multiple stories of Thailand whose connections are as spiritual as they are incidental. We meet a pair of actors whose paths take them in very different directions. We meet a young waitress serving breakfast at an idyllic country café, only to later find her employed in the busy dining room of a river cruise ship. And we meet a filmmaker interviewing an older woman whose life was transformed by the political activism of her student years and the Thammasat University massacre of 1976. With her tender, unobtrusive filmmaking style, Suwichakornpong allows us to get to know these characters slowly and deeply. At the same time, we see how their beautiful country and its troubled history inform their actions and identities in ways both overt and subtle.

Guided by Suwichakornpong’s associative rigour and her gift for crafting images of unusual beauty, By the Time it Gets Dark treats every moment as special. When the older woman asks why she’s been chosen as an interview subject, the filmmaker character answers that the woman is “living history”; the filmmaker, by contrast, feels herself to be quite ordinary. Yet one of the things that makes Suwichakornpong’s film so engrossing is how it takes seemingly ordinary moments of our lives and renders them as cinematic poetry.

How to get to Rathanna 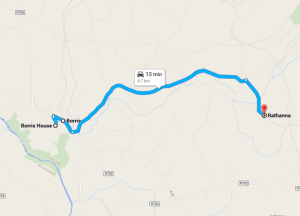