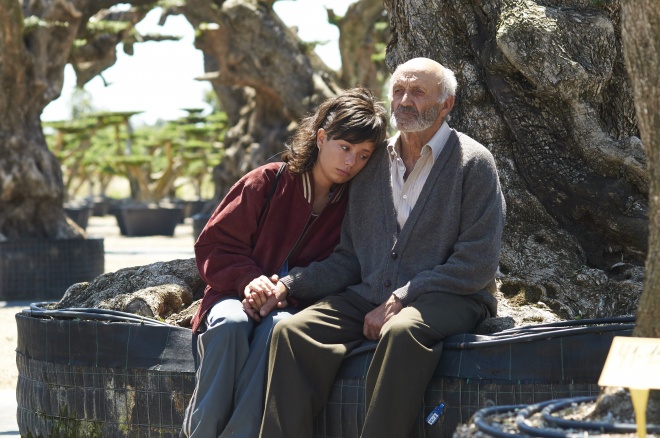 From the pen of Paul Laverty, comes a heartfelt and warm family drama about reconciliation and hope. Lena’s family, from austerity-hit Castellón region of Spain, is struggling. Her grandfather once the proud owner of an Olive farm has withdrawn into himself. Her father and uncles fight among themselves about what the future could hold. Impulsively Lena set forth on a journey to recover her Grandfathers Olive Tree, which has been encased in the headquarters of a soulless German Multinational.

Lena journey is a spiritual quest to reconcile her families past and to provide light to her grieving Grandfather. Uplifting, passionate and delightful, The Olive Tree is a film about hope and honoring past generations and a belief in the strength of familial bonds.

“A deceptively simple drama about a family and its thousand-year-old olive tree that is rooted in the best cinematic soil there is — emotional truth…” – Jonathan Holland, Hollywood Reporter