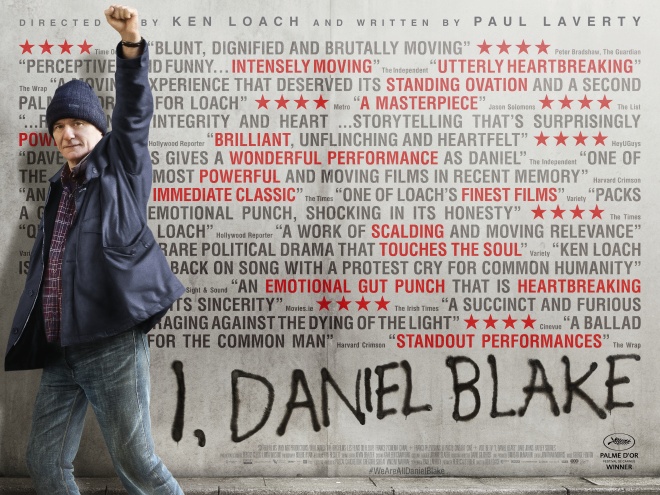 Newcastle carpenter Daniel Blake (Dave Johns) is recovering from a recent heart attack. He finds himself fighting a welfare system where his benefits will be taken away unless he looks for work, despite doctor’s orders preventing him from working if he does find a job.

As he battles against this absurd bureaucracy, Daniel befriends Katie (Hayley Squires), a young single mother with two kids, who is also struggling with the system after relocating to Newcastle from a London homeless shelter.

Deserving of its recent Palme d’Or win (the second for its director), Loach and long-time collaborator screenwriter Paul Laverty, deliver a powerful work of quiet outrage that is at turns intensely moving, darkly humourous and deeply heartbreaking.

“…a film of magnificent and harrowing scorn, one of his very best.” – Sight & Sound