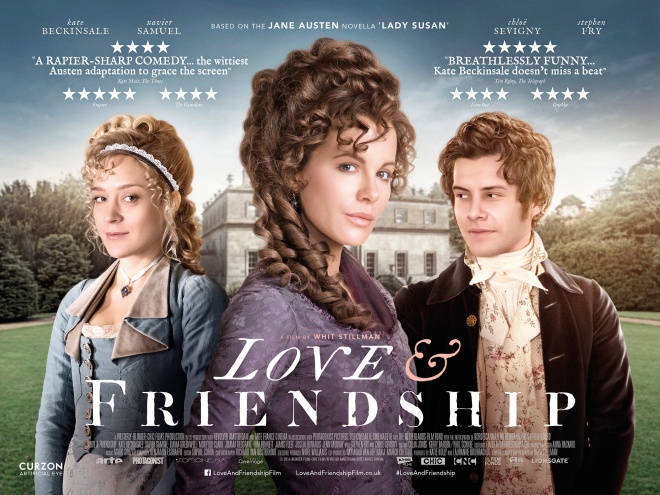 With razor-sharp wit and a cunning that can’t be underestimated, the beautiful and recently widowed Lady Susan Vernon takes up residence with her in-laws in a bid to win the heart of the eligible Reginald De Courcy, her sister-in-law’s wealthy and dashing younger brother. Using merciless tactics and resourcefulness, Susan out-manoeuvres all who stand in her way, while also charming and enchanting when required.

Filmed entirely in Ireland and directed by Whit Stillman (Metropolitan), this adaptation of Jane Austen’s Lady Susan is a delightful jaunt where manners and social standing are key, and a lady is only as good as her last husband. Love & Friendship is a rarity: an 18th century period drama with an over-arching sense of fun.

“Kate Beckinsale is a becoming widow without means in an adaptation that reinvigorates the breeches, buttons and bows clichés.” – Peter Bradshaw· The Guardian

“Lady Susan, an epistolary novel that probably dates from the middle of the seventeen-nineties, has been transformed by Stillman into a brisk and cutting comedy of manners.”