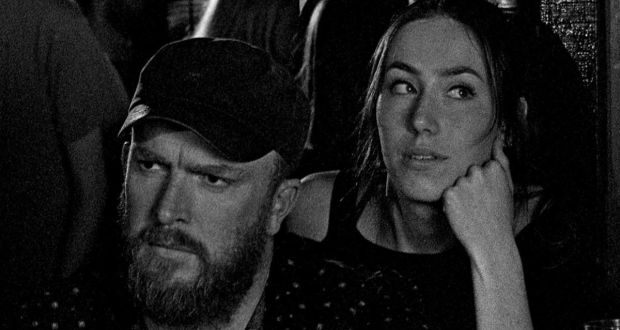 Gruff fisherman Martin (Edward Rowe) seethes as his childhood home is bought and renovated into a tourist rental. His brother Steven (Giles King) has also re-purposed their late father’s boat to ferry tourists along the Cornish coast. Now without a boat and displaced to the estate above the harbour, Martin continues to eke out a living by selling fish and lobster door-to-door. Amid increasing friction with tourists and locals alike, Martin fights to regain what he has lost, until a tragedy at the heart of the family changes his world.

Stunningly shot on a vintage 16mm camera using monochrome Kodak stock, Bait is a timely and evocative film that gets to the heart of a community facing unwelcome change.

“★★★★★ Cornish film-maker Mark Jenkin’s breakthrough feature is a thrillingly adventurous labour of love – a richly textured, rough-hewn gem in which form and content are perfectly combined.” – Mark Kermode, The Observer

“★★★★★ There is heft behind the phantasmagoria and a story that is certain to resonate with many Irish fishing communities.” – Tara Brady, The Irish Times

“★★★★ Strange, spellbinding and timely. One of the most thrillingly original British films in years. – Adam Woodward, Little White Lies