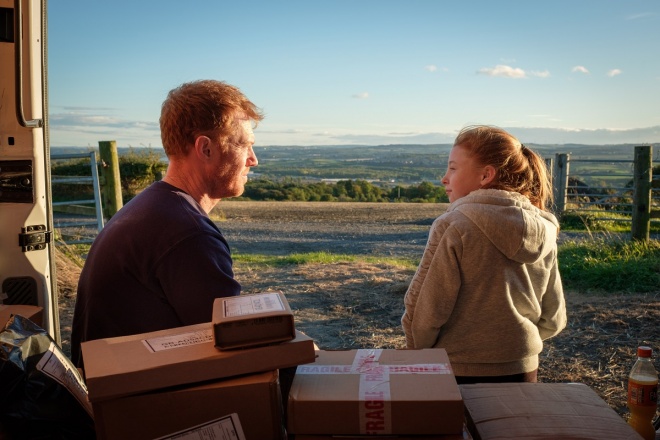 Ricky and his wife Debbie are zero-hours workers – he is a delivery driver and she is a care assistant. They are hard-working, loving parents, but they have never recovered from the 2008 crash, which saw Ricky lose his permanent job, and their chances of owning a home of their own disappear.

Now renting, but still dreaming of their own place, Ricky sets his sights on a ‘franchise’ opportunity as a courier. In reality this means long hours, no job security and no benefits. So when teenage son Seb starts going off the rails, the pressures and mounting debts begin to tear the family apart.

Loach and Laverty reunite for a true and searing look at the ‘gig’ economy.

‘’This is an expertly judged and profoundly humane movie … You’d have to be made of stone not to be moved to your core by it.’’