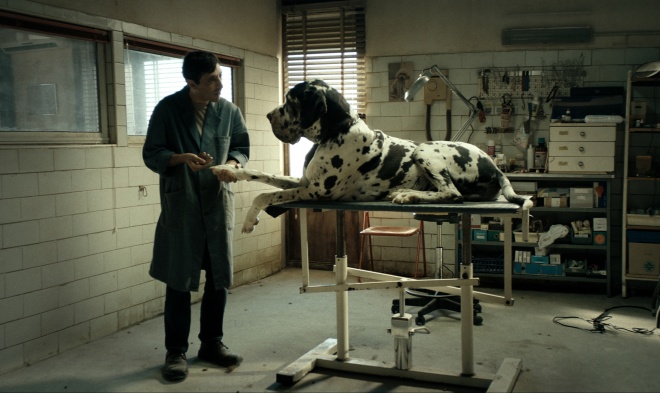 Marcello is a gentle dog-groomer who runs his own parlour in a run-down seaside town in Campania, Italy. He is part of a close-knit neighbourhood, which leads a relatively peaceful existence, except when terrorised by violent former boxer Simone. Believing that he can befriend and pacify this local thug, Marcello gets caught up in a world of petty crime and drugs, a mistake that will have far-reaching consequences for him.

★★★★★ “A movie with incomparable bite and strength.” – The Guardian, Cannes Film Festival 2018